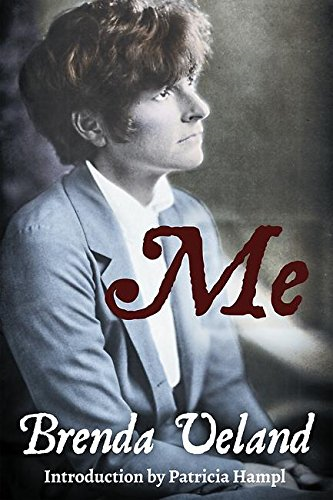 Brenda Ueland;s passionate coming-of-age story, set in Minneapolis and Greenwich Village in the early part of the twentieth century, is the focus of this classic autobiography, first published to critical acclaim in 1939. Ueland, a strident individualist, early feminist, writer and teacher, was one of seven children born into an unconventional Midwestern family. In ME, her engaging anecdotes with friends, lovers, siblings and husbands include tales of her encounters with Norwegian explorer Fridtjof Nansen, with an anarchist named Raoul Hendricson who left her for Isadore Duncan, of brushings with Theodore Dreiser, Willa Cather, Eugene O'Neill and John Reed. Because she grew up in an era where the life of the mind was most important, ME is replete with Ueland's acitve wrestling with whatever author she reads, castigating herself with Nietzsche, soaring with Keat's and trying to apply Tolstoy, Chekhow, and Shakespeare to her attitudes of daily behavior. Autobigraphies tend to be tedious, arrogant, self-congratulatory, but Ueland's colorful, humorous disposition and itelligence prevent that. ME is a gush of life and a vivid record of growth.