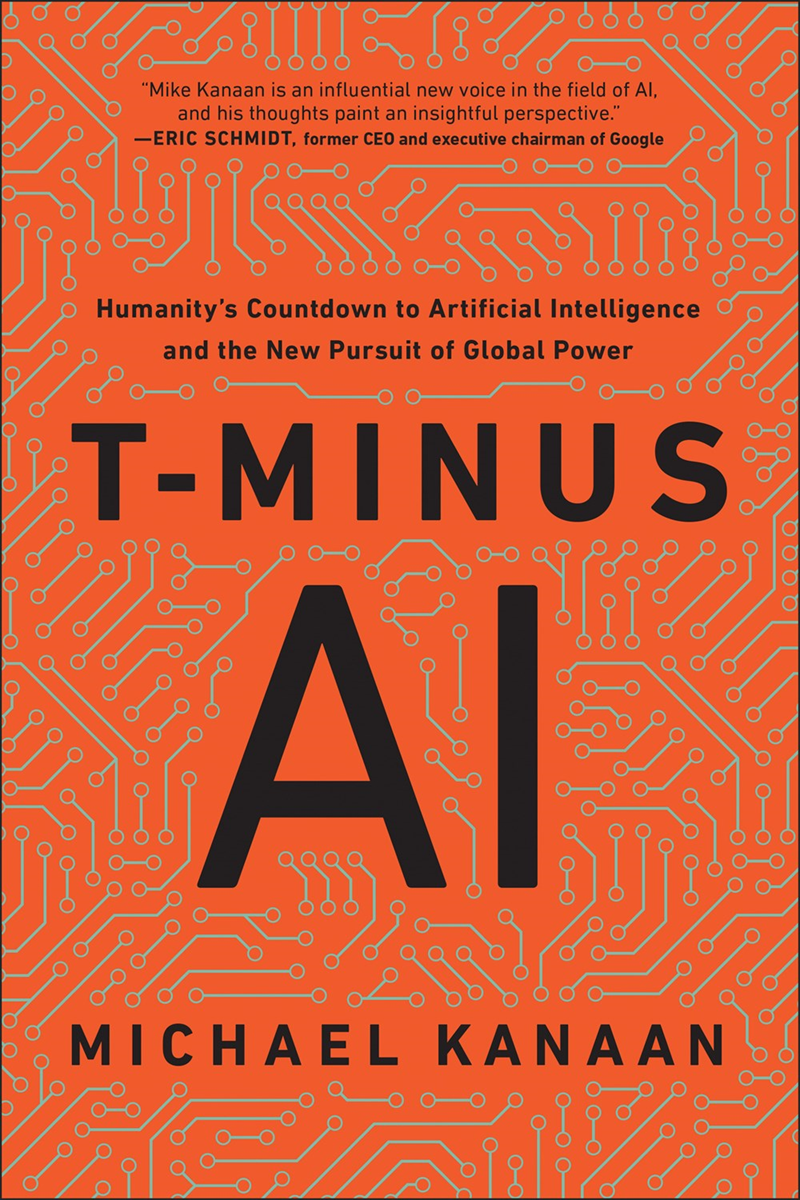 China put the world on alert when it released a plan to dominate all aspects of AI across the planet. Only weeks later, Vladimir Putin raised a Russian red flag in response by declaring AI the future for all humankind, and proclaiming that, “Whoever becomes the leader in this sphere will become the ruler of the world.” The race was on. Consistent with their unique national agendas, countries throughout the world began plotting their paths and hurrying their pace. Now, not long after, the race has become a sprint. Despite everything at stake, to most of us AI remains shrouded by a cloud of mystery and misunderstanding. Hidden behind complicated and technical jargon and confused by fantastical depictions of science fiction, the modern realities of AI and its profound implications are hard to decipher, but crucial to recognize. In T-Minus AI: Humanity’s Countdown to Artificial Intelligence and the New Pursuit of Global Power, author Michael Kanaan explains AI from a human-oriented perspective we can all finally understand. A recognized national expert and the U.S. Air Force’s first Chairperson for Artificial Intelligence, Kanaan weaves a compelling new view on our history of innovation and technology to masterfully explain what each of us should know about modern computing, AI, and machine learning. Kanaan also dives into the global implications of AI by illuminating the cultural and national vulnerabilities already exposed and the pressing issues now squarely on the table. AI has already become China’s all-purpose tool to impose its authoritarian influence around the world. Russia, playing catch up, is weaponizing AI through its military systems and now infamous, aggressive efforts to disrupt democracy by whatever disinformation means possible. America and like-minded nations are awakening to these new realities—and the paths they’re electing to follow echo loudly the political foundations and, in most cases, the moral imperatives upon which they were formed. As we march toward a future far different than ever imagined, T-Minus AI is fascinating and crucially well-timed. It leaves the fiction behind, paints the alarming implications of AI for what they actually are, and calls for unified action to protect fundamental human rights and dignities for all.